The NZD/USD pair jumped to near three-month tops in the last hour, with bulls now looking to extend the momentum further beyond the 0.6800 round-figure mark and a two-month-old ascending trend-line. This is closely followed by the very important 200-day SMA, around the 0.6820 region, which if cleared might now be seen as a fresh trigger for bullish traders and pave the way for additional gains.

Meanwhile, technical indicators on the daily chart maintained their bullish bias and are still far from being in the overbought zone, further supporting prospects for an eventual breakout. The prevalent USD selling bias remains supportive of the constructive outlook, albeit slightly overbought conditions on the 4-hourly chart warrant some caution before placing fresh bullish bets.

Hence, it will be prudent to wait for some near-term consolidation or a sustained strength beyond 200-DMA to confirm a bullish breakout and positioning for a further near-term appreciating move.

On the flip side, the 0.6260 region now seems to have emerged as immediate support and a subsequent slide might still be seen as an opportunity to initiate fresh bullish positions. This, in turn, should help limit any meaningful corrective slide near the 100-day SMA resistance breakpoint, now turned support, just below the 0.6200 round-figure mark. 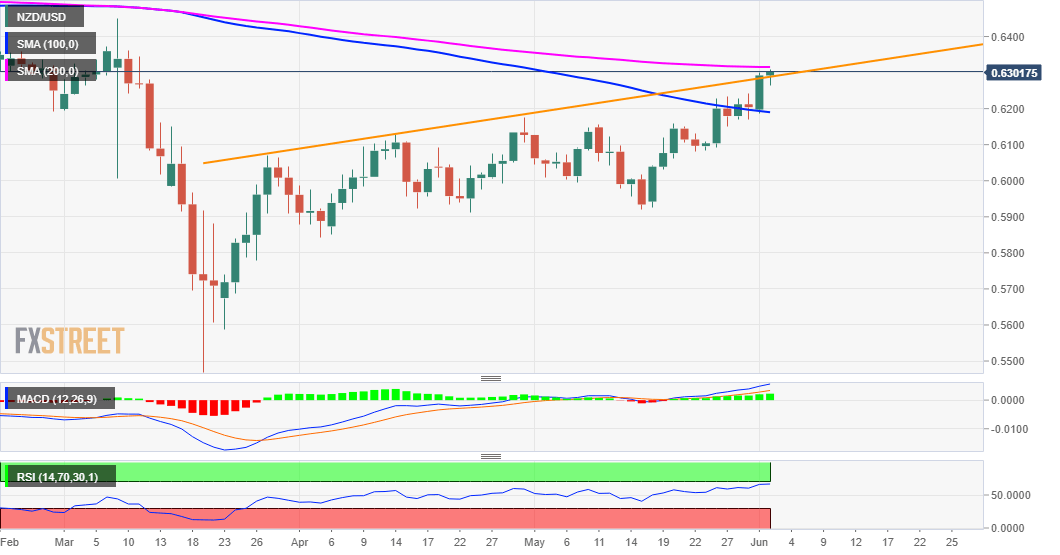 USD/INR snaps the two-day winning streak while declining to 75.12 during the pre-European session on Monday....